Is Golang Ready for Enterprise? 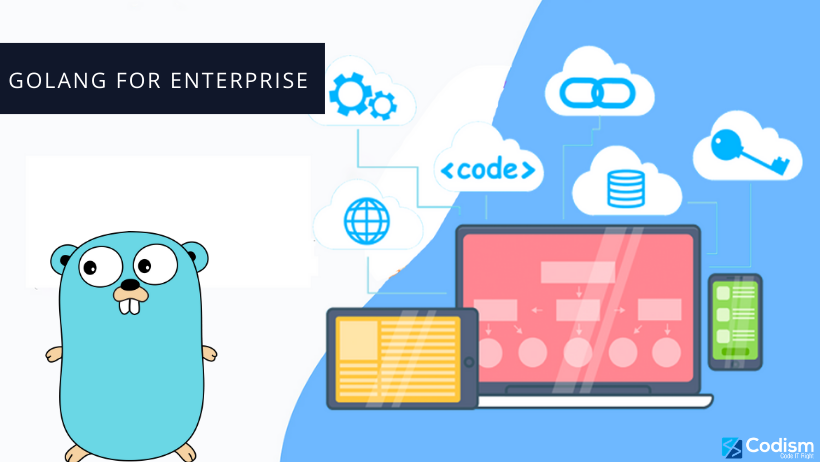 Yes! It is used. Golang for enterprise for software development has not been completely adopted by the people they originally intended, namely, the people who use C and C++, it nevertheless found its use in a multitude of places and people who use Python, Ruby, Javascript frameworks are switching to Go for developing applications.

Go language is designed by a team of some of the veterans in programming that consists of people who worked on UNIX and also people having decades of experience with compiler design. They created this new language to address the issues they have faced in their entire career. Even though they generally started from C, Go has designed from scratch keeping the best of languages of C/C++ and getting rid of bad features.

So, enterprise applications should be highly performing — to solve problems in a reasonable amount of time and must be readable so as to maintain it. You could see that all of these features are part of the core design principles of Go!

How does Go ensure its promises?

Also, Golang web development is a breeze, as its library provides many tools that cater to different needs. Many poise that Go could replace Node.js. Go lang powers many successful applications like Docker and Kubernetes. The notable companies using golang are Google, Uber, Dropbox, Soundcloud, and more.