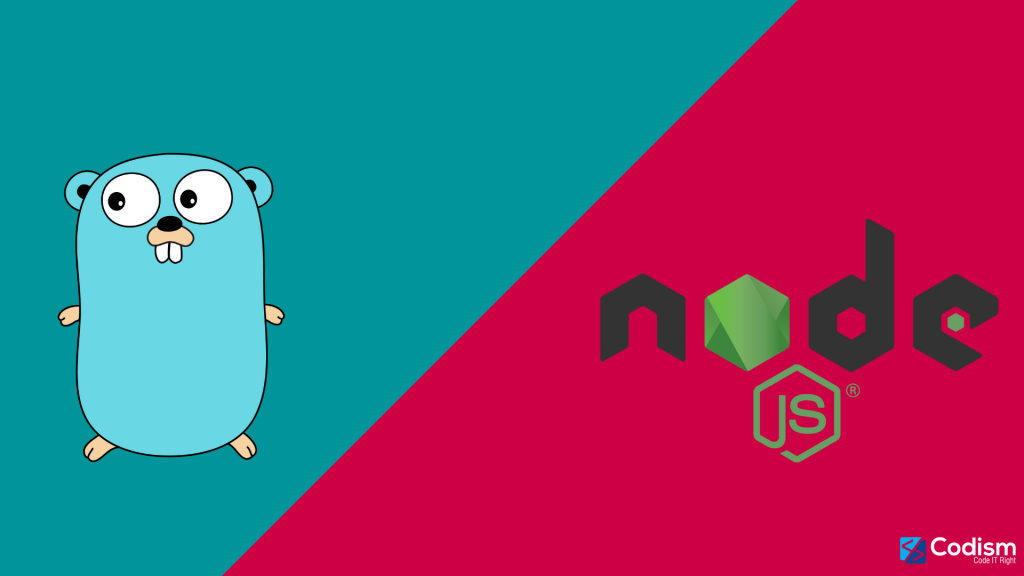 With many programming languages coming into existence and getting popular year by year, it becomes harder for people to make a decision as to which language to prefer. Both Go and Node.JS are quite popular and filled with powerful features that would help back end development.

In this article, we will take some of the important aspects that are needed in technology for effective and efficient web development and see how good each one fares in that aspect.

Simplicity in a language promotes ease of writing the code in the language. The more easy and powerful it is, the good.

Golang development is a reputably simple language which has gone to the extent of sacrificing some important concepts just for the sake of simplicity. Coming to Node.js, being a framework of Javascript it inherits all its simplicity from javascript which is not as that simple as Go.

However, the learning curve and simplicity to use depends on the specific people. If one is good with javascript, they can start using Node.js immediately but the same people need to spend some extra time learning Go. In contrast, if one is neither proficient in javascript nor Go, Go would be definitely a good starting point.

Performance is very important for a back end system to provide a good and reliable experience for the users.

Go is extremely fast thanks to its compiled nature and a lot of other checks. With Node.js based on an interpreted programming language with dynamic typing, it could not be as fast as Go.

So regards to performance, Go is preferable.

With Goroutines, Go makes it easy to create concurrent programs while with Node.js one has to rely on traditional methods of event callbacks which is not as great as with Go.

So, with respect to Concurrency and scalability, Go has an upper hand.

Libraries for programming language gives a lot of functionality right out the box. With Node.JS having such a large community over the years, Node.js has a lot of libraries. But Go being a relatively young language, it has fewer libraries compared to Node.js.

So in this sense, Node.JS is ahead of Go.

Go is good than Node.JS in most of the scenarios including performance, concurrency, scalability and simplicity but libraries, Node.js is great. With Go’s popularity steadily increasing, we can be sure that more libraries and tools would be developed for Go.

So, if you are very proficient in javascript development and need the libraries of Node.js that equivalent of which might not be available in Go and also, the features of Go are not critical for your application, Node.js might be a good choice. Otherwise, Go is best!