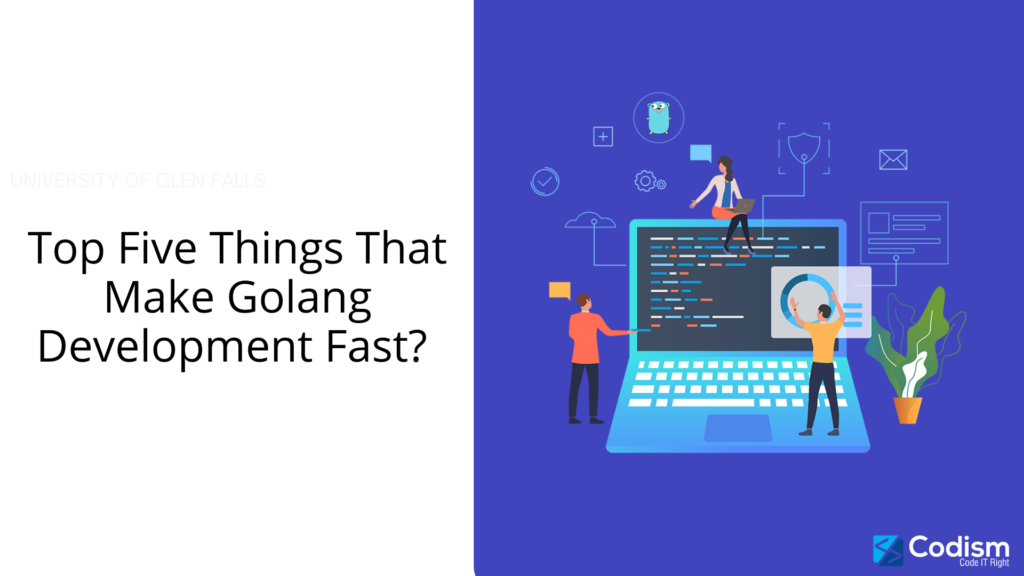 No wonder performance is a major reason that propels many people to go to Go! Not only golang provides powerful and easy syntax and a lot of benefits, but also its execution is fast and the compilation times are fast too.

Have you ever wondered what features of the golang will help in keeping it fast? In this article, let us discuss 5 of the most prominent reasons that make go really fast: both in terms of compilation and execution performance.

First, let us see why go compiles faster and then we will understand go’s execution performance..

Dependency analysis & other compilation optimizing features:
Fast compilation times is a major design decision for Go, so one can expect they take a large amount of steps in order to fulfill it. They tailored all of their syntax and language semantics so as to facilitate fast compilation.

One of the main things that make Go compile fast is its dependency management. To say simply, Go imports only those packages that are directly required for the program other than C/C++ compilers. There are also no templates which amounts to less preprocessing overhead.

For the uninitiated, compilation is the process of turning the source code into machine level executable code which a machine can pickup and run directly. There are some languages which are opposite of this: they are interpreted. These interpreted languages translate the code line by line at the time of running.

So, for Go and compiled languages in general, there is no overhead of translation during the runtime and this saves a lot of time for Golang development to execute.

Go’s method of storing variable values is efficient than other languages which provides it a higher memory and performance. Consider, for example, you define an int 32 variable in Go — it takes four bytes of memory.

If you declare this variable in other languages, say python, it takes as much as 6 times more memory! This is because python has more overhead for this variable.

So, what about other statically typed languages, like Java you may ask? It is true that java also takes only 4 bytes of memory when an integer variable is created, but if you want to use that variable in other settings like in a collection, you need to use wrapper classes which will then increase overhead.

Because of using less memory, caching can be done in a better way which thus results in a good performance.

If you recall the semantics of calling subprograms, you would find that functions need a huge amount of overhead to implement. Inlining is a technique that is frequently used by various programming languages to remove this overhead. Golang does this too and gets more performance as a result.

Inline is not without its disadvantages. The main one being the increase of binary size and as such, inlining every function is not a good idea.

Golang’s implementation inlines only those simple functions that can be inlined but they also keep the original source code for other optimizations like dead code elimination.

Goroutines provide an easy window for developers to implement concurrency in their applications which if used well can improve the performance of applications a lot.

As threads in other languages, the goroutines themselves are not overhead anymore. Due to various design decisions taken in Go, Goroutines are ultralight in resource usage and thus provides only benefits without advantages.

You can run hundreds of thousands of concurrent processes in a stable way without high overhead which certainly provides a huge performance boost!

Golang is respected and used for various features and being fast is one of them. This fastness of Go is by no means an accident or side effect but is achieved through careful and diligent planning of its designers and the compiler developers.

Along with the reasons mentioned above, surely there are a lot of other reasons that make Go fast and by understanding how Go manages to be that fast, we can appreciate the hard work many people had put into it!